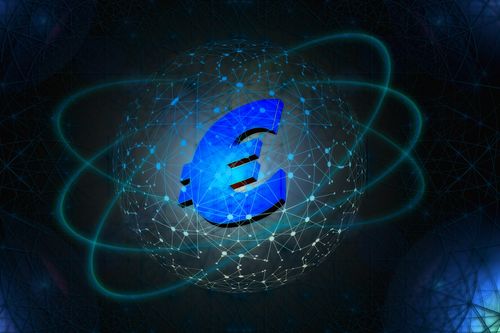 All over the world, central bank digital currency (CBDC) projects are multiplying and even becoming a reality, as in the case of the e-yuan for China or the eNaira for Nigeria. The European Central Bank (ECB) is trying not to fall too far behind and would like to position itself among the pioneers of this new form of currency. While the digital euro is still in the study phase, which should not be completed before the end of October 2023, according to the ECB, the European monetary institution has decided to double its efforts.

The first prototypes of the digital euro (also known as the « e-euro« ) should soon see the light of day and the ECB would like to test them in real conditions. To this end, it launched a call for expressions of interest in April 2022 to which 54 companies responded in order to participate in the prototyping exercise.

On September 16, 2022, the ECB announced that it had selected five of the interested companies. Each of them has the mission to focus on a specific use of the potential future e-euro.

The companies involved are the Spanish bank CaixaBanx, which will work on peer-to-peer online payments, the French multinational Wordline, which will focus on peer-to-peer offline payments, the European initiative EPI, which will test point of sale payments initiated by the payer, and the Italian company Nex, which will work on point of sale payments initiated by the payee. And then, e-commerce payments will be tested by… Amazon, the American company that needs no introduction. The announcement of this last participant has widely caused reactions from both enthusiasts and detractors of the e-euro.

Is Amazon’s presence in a European project problematic?

Let’s quickly go back to the genesis of the CBDC project that has been driving Europe recently.

What the e-euro is not:

The digital euro will not be a private crypto-asset (or « crypto-currency ») as Bitcoin or Ether could be, since it will be characterized by its stability (regardless of inflationary and/or deflationary periods). It will neither be the equivalent of a stablecoin like the USDT since it will be issued by a public authority, namely the ECB.

According to the ECB, the digital euro will be « the equivalent of euro banknotes, but in dematerialized form. This form of electronic money would be issued by the Eurosystem […] and accessible to all households and businesses alike. »

The e-euro could be an additional means of payment, the equivalent of a coin or a banknote in electronic form, issued by the ECB or a national central bank of the eurozone. To this day, the technical architecture of the future digital euro is not clearly defined; whether the innovation will be based on a blockchain or not, private or public, centralized or decentralized, in the form of a digital token or not, and many other questions.

The project officially launched by the ECB on July 14, 2021 is part of a global race for a CBDC that is being waged by various central banks around the world. It would be pointless to list all the different projects, whether they have been completed or are in the process of being developed, as there are very few institutions that are not interested in them. It is therefore appropriate to think that no one wants to be left behind in front of the growing digital economy and the emerging WEB3.

However, the ECB clearly puts forward some arguments in favor of the e-euro; the banking inclusion of the most isolated individuals, responding to the decline of cash as a means of payment or reducing the production costs of money.

It would seem, however, that behind this project the European Union wishes to preserve its monetary and digital sovereignty, and fight more broadly against private crypto-assets. This can be understood in particular by the introduction of the draft MiCA regulation, for Markets in Crypto-Assets, which seeks to regulate stablecoins and limit their growth, excluding at the same time the ECB from its scope.

The proposed DORA regulation for Digital Operation Resilience Act, is expected to drive the technical introduction of the technology as it aims to improve the operational resilience of financial players.

What are the risks of such a project?

There is no doubt that a project of this scale presents considerable risks. In fact, the ECB reported, following a public consultation, that for 43% of respondents, privacy is the main concern, ahead of security (18%) and the ability to pay throughout the euro zone (11%) without additional costs (9%).
Indeed, the risks to privacy and data protection are significant because, if successful, centralizing accounts at a Central Bank would create a large, institutional payment database. Such a database would facilitate the tracking and monitoring of Europeans. The ECB must therefore work to develop an e-euro that respects the principles of the GDPR and provides privacy by design.

Like cash, the digital euro will have to preserve the anonymity of individuals as much as possible while avoiding illegal transactions.

There is also the cyber-risk, including cyber attacks or data leaks, that can have harmful consequences (financial, reputational, systemic…) for European institutions as well as for individuals.

The digital euro will have to be interoperable in order to facilitate its adoption by a large part of the population, it will indeed have to be able to be used on different platforms with diverse and varied uses, as well as interact with other currencies. And this is probably why the ECB is calling on private companies to test its digital euro prototypes.

The announcement made by the ECB on Friday, September 16, 2022 could legitimately be shocking to most people. Why, once again, does a European institution call upon an American giant to develop a technology that is supposed to be European?

The American company, which has already been sanctioned several times on the basis of the GDPR, notably by the CNIL for 35 million euros and by the Luxembourg data protection authority for the modest sum of 746 million euros, will indeed be part of the project.

While the decision to include Amazon is politically questionable, it is important to remember that this is a full-scale test of the implementation of the e-euro on an online commerce platform. Amazon’s mission is to develop a prototype user interface or « front-end » for payments on e-commerce sites, and not, as some have suggested, to « create the digital euro ». The ECB also specifies that these prototypes are not intended to be used in the future. Moreover, the digital euro itself is still in the planning stages and it is not certain that it will ever see the light of day.

Although surprising, the introduction of Amazon in the project is understandable, especially because the digital euro is not intended to be used only on European soil, or even only by Europeans. If it is possible today to pay in euros on the Amazon platform, why not tomorrow in digital euros? The e-commerce giant will thus be able to spread the innovation more widely among users and encourage its practical adoption. It should be noted that the list of the 54 companies that responded to the ECB’s call for expressions of interest is not known, so it is unlikely that any European company will have been able to put forward an application to rival that of Amazon in the field of e-commerce.

The ECB announces that for the moment these are simulated transactions, which should limit the risk of infringement of the privacy of Internet users in this study phase. Moreover, the digital euro will be a form of currency like any other, paying today with your credit card on Amazon means delivering a considerable amount of personal data. However, Amazon does not have access to the banking data held by its customers’ banks. It will therefore be up to the ECB to protect the personal data of European citizens, of which it will have a large amount if the e-euro is adopted. We must therefore be more concerned about how the e-euros will be stored and how they will be allocated to individuals. The creation of a European digital identity coupled with the centralization of a future European means of payment could lead to authoritarian drifts, and would entail a great risk for the privacy of individuals in case of failure.