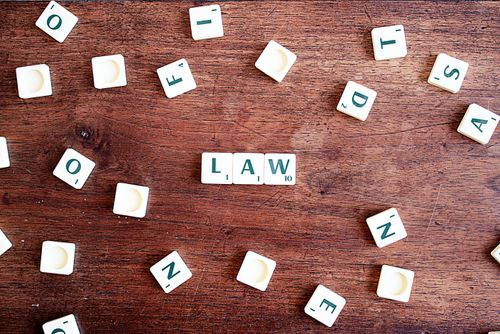 One of the first aspects that may be useful to compare is the creation of the agency and its date of creation to see the interest of each country in data protection. For example, in France, the CNIL ^[National Commission for Information Technology and Civil Liberties]was created following the SAFARI project, which was perceived as a violation of freedom. Thus, some agencies are the result of the need to protect data from social and technological changes. Other agencies have had to adapt to legislative needs, as the case of Belgium demonstrates. The current authority is the Data Protection Authority, which replaces the Privacy Commission created in 1983. This new authority created in 2017 is the result of a legislative adaptation that has made it possible to expand the powers of this new authority. This authority is an independent supervisory body. However, the issue of independence has been discussed by the European Commission, which gave Belgium a deadline to restore the Agency’s independence.

The comparative study shows that the authority’s missions in these four countries are practically the same. For example, Spain and Belgium have investigative, supervisory and sanctioning powers. Similarly, the Argentine and French agencies have, for example, sanctioning and investigative powers. Finally, as far as Mexico is concerned, the Agency must guarantee the rights of individuals to public information and to the protection of their personal data.

What is interesting to point out , in addition to the missions of the authorities, are the different policies and visions of the authorities. For example, in Mexico the vision is very much focused on transparency, as the name of the Agency indicates. To achieve this goal, the Authority will promote, among other things, the exercise of data protection rights and transparency of public institutions, and also promote an institutional model of public service focused on results, from a human rights and gender equality perspective. Likewise, the Belgian Authority has a vision focused on the protection of citizens’ data and their fundamental rights. In France, the CNIL informs citizens about their rights, for example by participating in conferences and press releases, while taking an ethical stance and organizing public debates. The same is true of Spain, which cooperates with various international organizations and European Union data protection bodies, and represents Spain in international forums.

For countries in which there are different authorities, such as Belgium or Spain, it seems necessary to articulate protection in order to avoid any risk of contradiction. In this respect, for the different Belgian authorities, there is a [cooperation protocol ](protocole-de-cooperation-entre-les-autorites-de-controle-federales-belges-en-matiere-de-protection-des-donnees.pdf (autoriteprotectiondonnees.be)
)that allows the sharing of competences.
As for Spain, there are specific laws in the autonomous communities, such as the Law on the Catalan Data Protection Authority, the Law on public transparency in Andalusia, or the law on publicly-owned personal data files and the creation of the Basque Data Protection Agency.

As for the EU countries studied, the GDPR has allowed a harmonisation of legislation, while leaving room for manoeuvre to the member states. In terms of EU and non-EU countries, there are differences in legislation. For example, « One of the biggest differences between the Mexican legal framework and the GDPR is the concept of « legitimate interest for the processing of personal data ». The Mexican legal provisions refer to tacit consent, but sensitive personal data such as: the life of the person or whose misuse could generate discrimination or imply a serious risk for the data subject , which may reveal elements such as racial or ethnic origin, present and future health status, genetic information, religious, philosophical and moral convictions, trade union membership, political opinions, sexual preference, etc., and the GDPR specifically requires such legitimate interest« ^[https://lexing.network/wp-content/uploads/2018-04-18-JTIT-international-n%C2%B018-RGPD.pdf].

As for Argentina,  » under Law 26.951, 91 resolutions were signed, of which 59 rejected appeals and 32 imposed sanctions for a total amount of $93,035,100″. In the framework of Law 25.326, « a total of 13 sanctioning resolutions were issued for a total amount of $1,226,305. In addition, 2 warning decisions, 6 decisions dismissing complaints, 7 decisions dismissing appeals and 2 decisions estimating appeals were issued, for a total of 30 decisions« ^[https://www.argentina.gob.ar/sites/default/files/informe2020_web.pdf]. These include sanctions against Google. The first one was on the basis of article 14 on the refusal of the right of access of the LPDP. The second was for obstructing the work of the National Directorate of Personal Data. As mentioned above, there are two main sources of legislation in Argentina. In 2018, 98% of the sanctions were based on Law 26.951 on the National “Do Not Call Register”.

What influence does the GDPR have on sanctions? In the case of EU countries, a large number of sanctions are related to the violation of this regulation. The GDPR may also have an impact on the legislation of non-EU countries to the point of wanting to change the legislation. In this regard, the director of the Argentinean Agency, Eduardo Bertoni, stated that « compared to the sanctions imposed in Europe, in our country the sanctions provided for by law are economically low. Consequently, updating our Personal Data Protection Law is an increasingly evident necessity”^[https://www.argentina.gob.ar/noticias/sancion-google-por-negar-el-derecho-de-acceso] .

On the authority and its missions, the major difference is in the organisation of the authority. Indeed, Spain and Belgium have a main body and specific bodies, but these structures can be reconciled and share areas of competence. Thus, in the case of Belgium, citizens can directly address the main entity and if the request does not correspond to the correct entity, it will be transmitted to the right one without them worrying about it. This illustration underlines that authorities tend to want to simplify the enforcement of citizens’ rights while still protecting them.

The policies for protecting citizens’ rights seem to be broadly the same, although there are some shades in terms of the angle of protection.
Finally, the legal framework on which the protection authority depends allows for a protection of personal data that seems to be effective. The GDPR has strengthened this protection at the European level, but its impact is global.