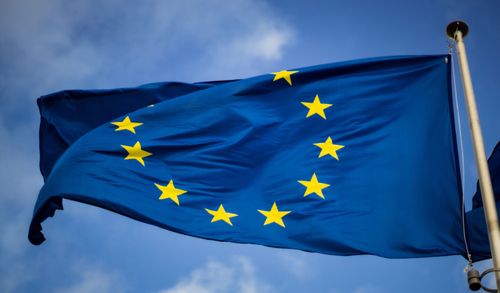 The European Commission’s ambition to build a fair, open online market allowed the Digital Market Act (DMA ) to come to light. After the Commission proposition for the text in 2020, long negotiations between the European Parliament, the Council of the European Union, a political agreement between them has finally been found by the European Parliament on the 5th of July 2022.
On the 12th of Octobre 2022, the regulation was published in the Official Journal. Digital services platform will have 6 more months to adapt and comply to the new obligations.

Little reminder : what exactly is the DMA ?

It is a European regulation meant to improve “fairness” and “contestability” in the digital sector. The underlying idea is that there is a risk for large platforms to create barriers to entry for smaller actors, and as Andreas Schwab (PPE, DE), rapporteur for the DMA stated ‘the goal of the single digital market is for Europe to welcome the best companies, not only the biggest ».

The European Parliament added some modifications to the DMA and specifically included in the Preamble an explanation on the concept of fairness and contestability. Fairnessis defined as « an imbalance between the rights and obligations of business users where the gatekeeper obtains a disproportionate advantage », and excludes services free of charge such as search results.
Contestability means that competition within dominant platforms also needs to be ensured, as oligopoly between platforms may harm contestability even when competition between platforms is not attainable in the short term.
In order to avoid monopolistic situations, the DMA targets those gatekeepers and imposes obligations on them.

When is a company a gatekeeper ?

According to the DMA, the European Commission designates companies according to a list of conditions, themselves based on a set of criteria.

To do so, the DMA states that it is necessary for the European Commission to focus on digital services most broadly used by business users and end users, and where concerns about weak contestability and unfair practices by gatekeepers are more apparent and pressing from an internal market perspective. This refers to commonly used digital services that mostly directly intermediate between business users and end users and where features such as extreme scale economies, very strong network effects, an ability to connect many business users with many end users through the multi sidedness of these services, lock-in effects, a lack of multi-homing or vertical integration are the most prevalent.

What will it change for consumers ?

The goal of the DMA is to allow consumers to benefit from “more and better services to choose from” and “more opportunities to switch their provider if they wish so”.
As such, the obligations include the faculty for users to uninstall any apps that are not essential to the functioning of the operating system or device or swap famous competing social media apps such as Facebook or Twitter with other’s, by allowing them to interact with their friends who stay on the platform.
The Commission will have to determine how interoperability should work, and the executive will also be able to exempt a gatekeeper, in whole or in part, from these obligations if it is in the public interest.

What will it change for companies ?

To counter the power of those gatekeepers, a list of obligations is defined, alongside various measures to endorse them and sanctions to punish non-compliance. Those fines may go up to a fine of up to 10% of a gatekeeper’s total worldwide turnover and, in the event of a repeat offence, up to 20% of that turnover.

To briefly give an example as to what type of behavior is prohibited, Amazon’s use of personal data is a good example. In 2020, the European Commission accused Amazon of exploiting data on the activity of third party sellers for their own benefit. So far, this practice was only punishable by the Commission on the basis of abuse of dominant position, which implied to follow a long legal process, with no certainty companies will comply. Amazon still has yet to be sanctioned. With the DMA, the obligations that have been defined and the powers that have been given to the Commission, the situation will surely evolve and be corrected more effectively, and quickly.
Furthermore, the DMA also takes into account the evolution of technology and the digital market by allowing the Commission to establish a secondary legislation to impose new obligations, add or remove legal features after a market investigation.

As such, the main advantages of the DMA, lie in the ability of the regulator to verify each gatekeepers’ behavior in order to prevent any harmful action for the digital market. The measures put in place are meant to ensure gatekeepers’ behavior do not create imbalances in bargaining power. Such imbalances could lead to unfair practices and conditions for business users as well as end users of core platform services provided by gatekeepers, to the detriment of prices, quality, choice and innovation therein.